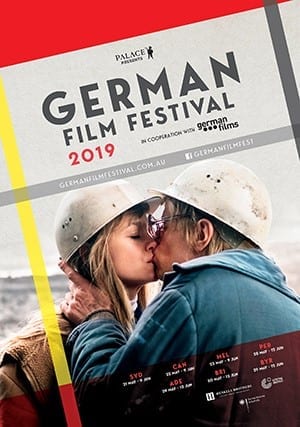 Opening on 28th May, the German Film Festival returns to Palace Cinemas to showcase the best in German language cinema in 2019.

This year there are 31feature films being presented at the Palace Cinema Paradiso and Palace Raine Square. 29 of the films will have their Australian premieres, and the festival line up includes box office hits and award-winning dramas, children’s and family movies and a special presentation by the Embassy of the Federal Republic of Germany, a  contemporary selection of German films that take a new look at the GDR in a programme entitled ‘Tear Down The Walls’. Also included in this years line up are films from Austria and Switzerland.

The festival opens with an Australian premiere ‘Balloon’, a thriller set in East Germany 1979 at the height of the Cold War. The film will be followed by an after-party featuring German delicacies, drinks and live music. Tickets to opening night are $60. The closing night on 12th June features live music and pre-movie drinks along with the screening of the classic 1931 film ‘The 3 Penny Opera’ a musical drama set in the back alleys of Victorian London. Tickets to closing night are $30.

We were invited along to the Cinema Paradiso in Northbridge for a showing of one of the featured films from the festival, 25KM/H. The film (shown in German with English subtitles) is a comedy about two brothers estranged for over 20 years, who are reunited at their fathers funeral. The two men make a drunken decision after the wake to realise their childhood dream of driving across Germany on their mopeds. The journey sees them experiencing highs and lows during their adventures whilst giving them the opportunity to reconnect.

The German Film Festival starts on 28th May and runs until 12th June.

Tickets: Available online: www.germanfilmfestival.com.au or at the box office Come and Try for over 55s: Chair Yoga with Wayan (Wednesday)

Come and Try for over 55s: Chair Yoga with Wayan (January)