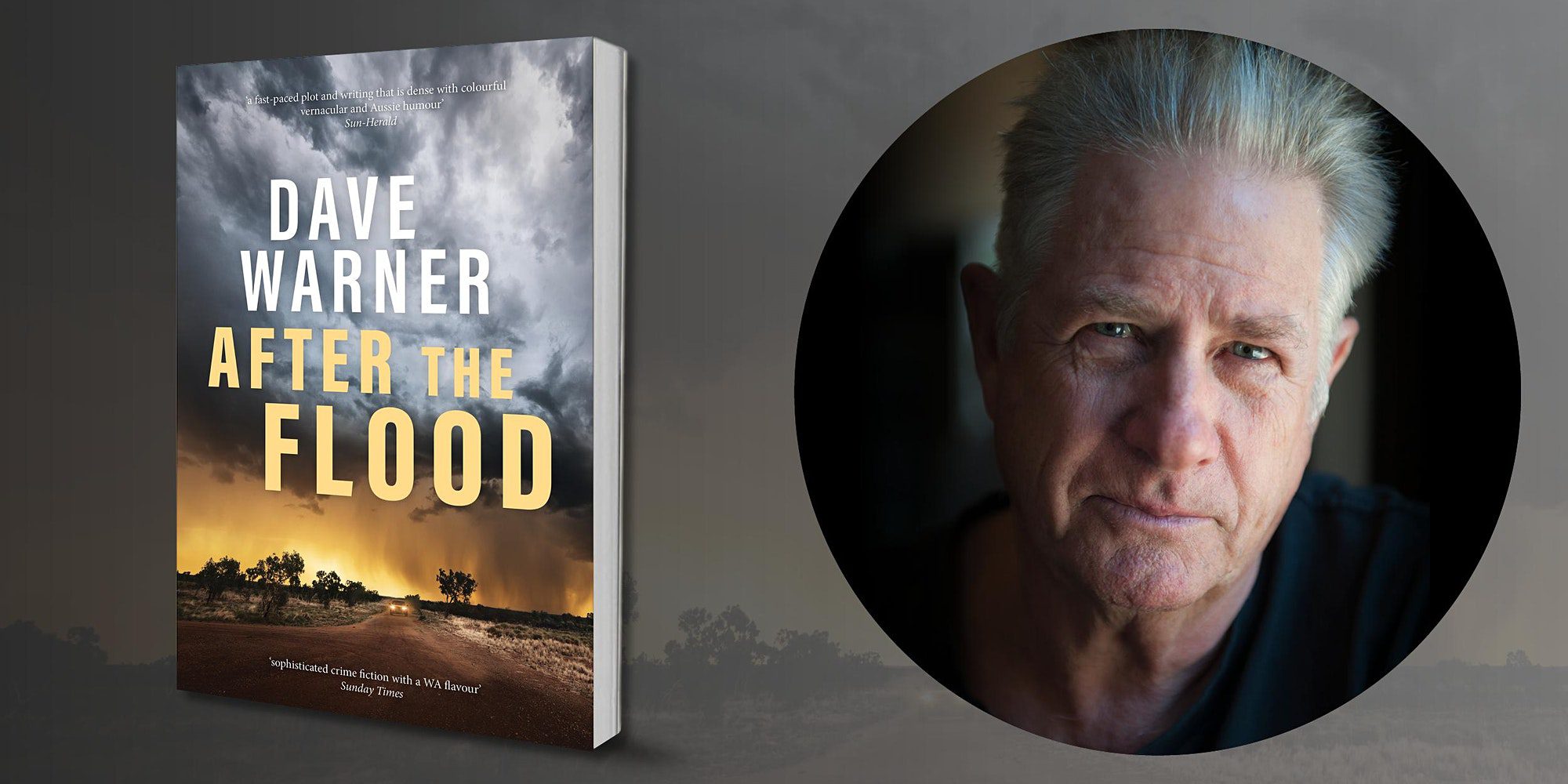 Join us for a morning of musical performances and readings from Dave Warner’s published works.

Bob Dylan once declared Dave Warner his favourite Australian music artist. After beginning in Perth with what was likely Australia’s first punk band Pus, Warner had a lauded rock career before turning to other creative fields. Writer of eleven crime novels, a series of children’s books and a number of non-fiction works Warner has claimed various awards including the Ned Kelly (best Australian crime fiction) and WA Premier’s Award for Literature. He has written for film and TV and called AFL football for various Sydney radio stations.

In this special event Dave will be engaging the audience with `’Never A Dull Moment’: a potted autobiography of his creative life referencing his music, crime writing and love of football.

This appearance will see him accompanied by his long-time guitarist and collaborator Tony Durant and will include the performance of songs as well as Warner reading excerpts from his books including the new Dan Clement novel, After the Flood.

Dave Warner is an author, musician and screenwriter. He has written none novels and six non-fiction books. His first novel, City of Light, won the Western Australian Premier’s Book Award for Fiction, and Before it Breaks (2015) the Ned Kelly Award for best Australian crime fiction. His novel Clear to the Horizon features the lead characters from both these books. His most recent crime novels are River of Salt and Over My Dead Body. Dave Warner first came to national prominence with his gold album Mug’s Game, and his band Dave Warner’s from the Suburbs. In 2017 he released his tenth album, When. He has been named a Western Australian State Living Treasure and has been inducted into the WAMi Rock’n’Roll of Renown.

After the Flood is the thrilling new novel in the award-winning Dan Clement series.

A violent death by crucifixion near a remote north-west station has Detective Inspector Dan Clement and his Broome police officers disturbed and baffled. Other local incidents – the theft of explosives from a Halls Creek mine site, social justice protests at an abattoir, a break-in at a childhealth care clinic – seem mundane by comparison. But as Clement starts to make troubling connections between each crime, he finds himself caught in a terrifying race. In a landmass larger than Western Europe, he must identify and protect an unknown target before it is blown to bits by an invisible enemy.

Copies of After The Flood will be on sale from Beaufort Street Books.