Radar Station RAAF No. 227 was established in 1942 to provide early warning of Japanese air raids against the city of Perth. It was operational by late 1943 and was responsible for the operation of the radar, and reporting to the Western Australian Air Defence Headquarters. Operations ceased in November 1945, and the unit was finally disbanded after two years and one month’s service. The station’s former bunkers were turned to agricultural production by local mushroom growers in the 1960s and 70s, but eventually became disused. In 1987–88, they were classified in the Register of the National Estate and classified by the National Trust of Australia. 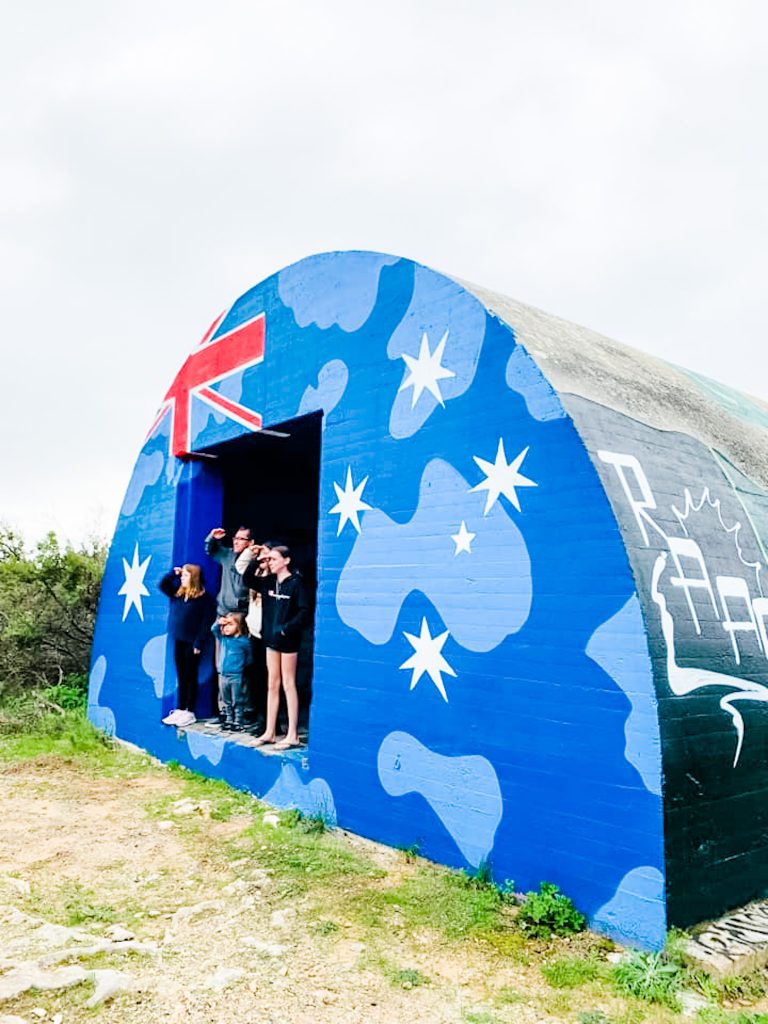 These once derelict and vandalised structures were recently brought back to life by local street artists Paul Deej and Chris McBride with the help of students from Yanchep Secondary College. 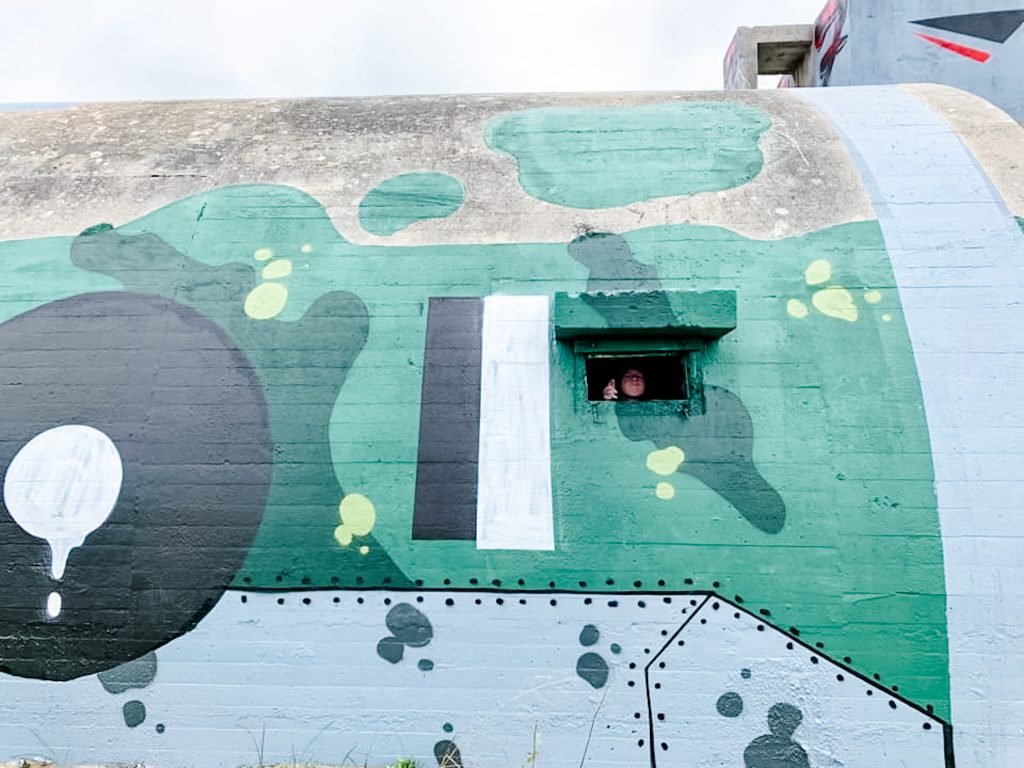 Although much of the infrastructure has long gone, you can still get a sense of what was happening here and the important part this division paid in the Australian war effort. The 2 bunkers once held radar equipment, the northern one had the receiver and the southern one had the transmitter.  Any aircraft detected would be relayed to the WA Air Defence Headquarters. Deep channels have been cut into the floors of the bunkers to house the necessary utilities for such (at the time) large and complex machines. Around the bunkers you will find big squares of concrete, these anchored the feet of 2 tall radio towers The RAAF and WAAAF staff that worked there were housed at Yanchep National Park as the area was considered too far away at the time to commute! After the war the unit was quickly disbanded and the bunkers abandoned. 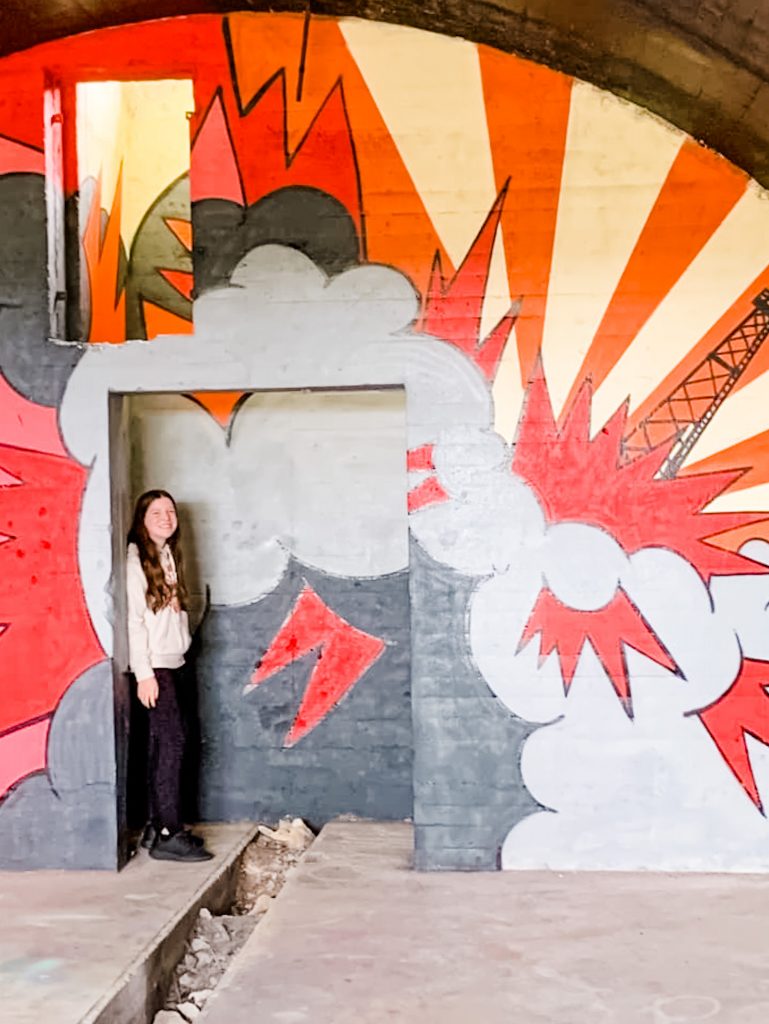 The bunkers can be seen from Indian Ocean Drive and the turn off is 2.5km (3 min drive) north of the Yanchep Beach Road- Wanneroo Road intersection on the east side of the road. They are best accessed with a 4wd. You will not be able to drive directly up to them as most tracks have been blocked off to protect the area so a short walk is necessary. There is a clear walk trail (the bunkers also lie on the Yanchep Rose Walk Trail). There is no charge to enter this section of the National park. 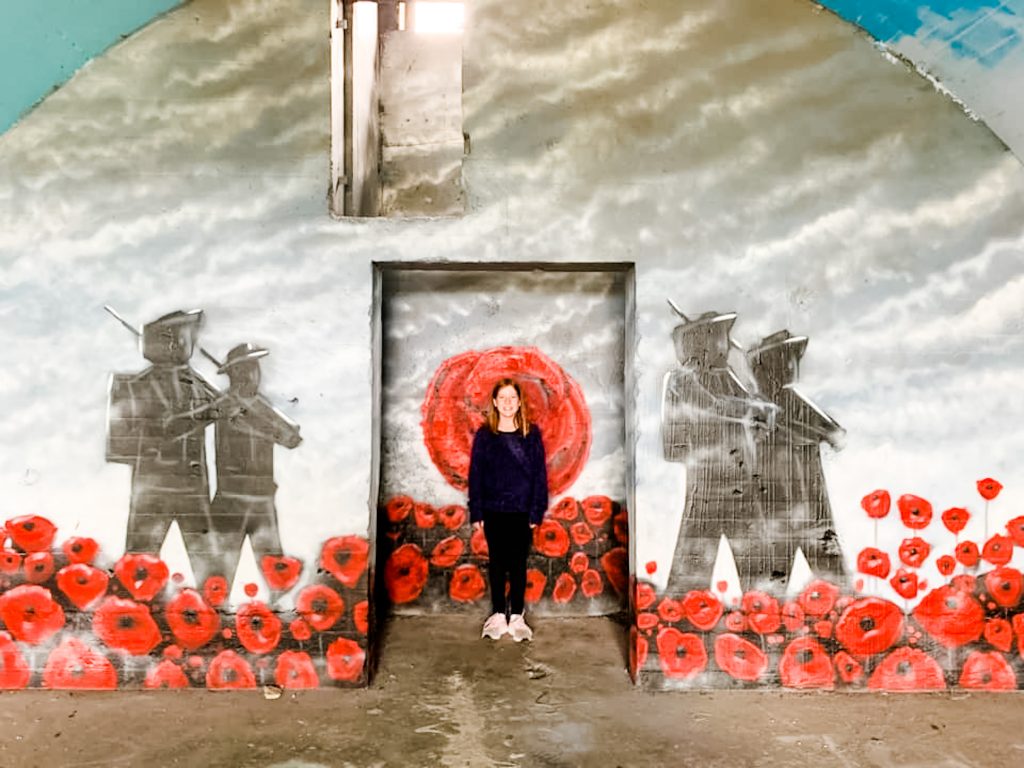