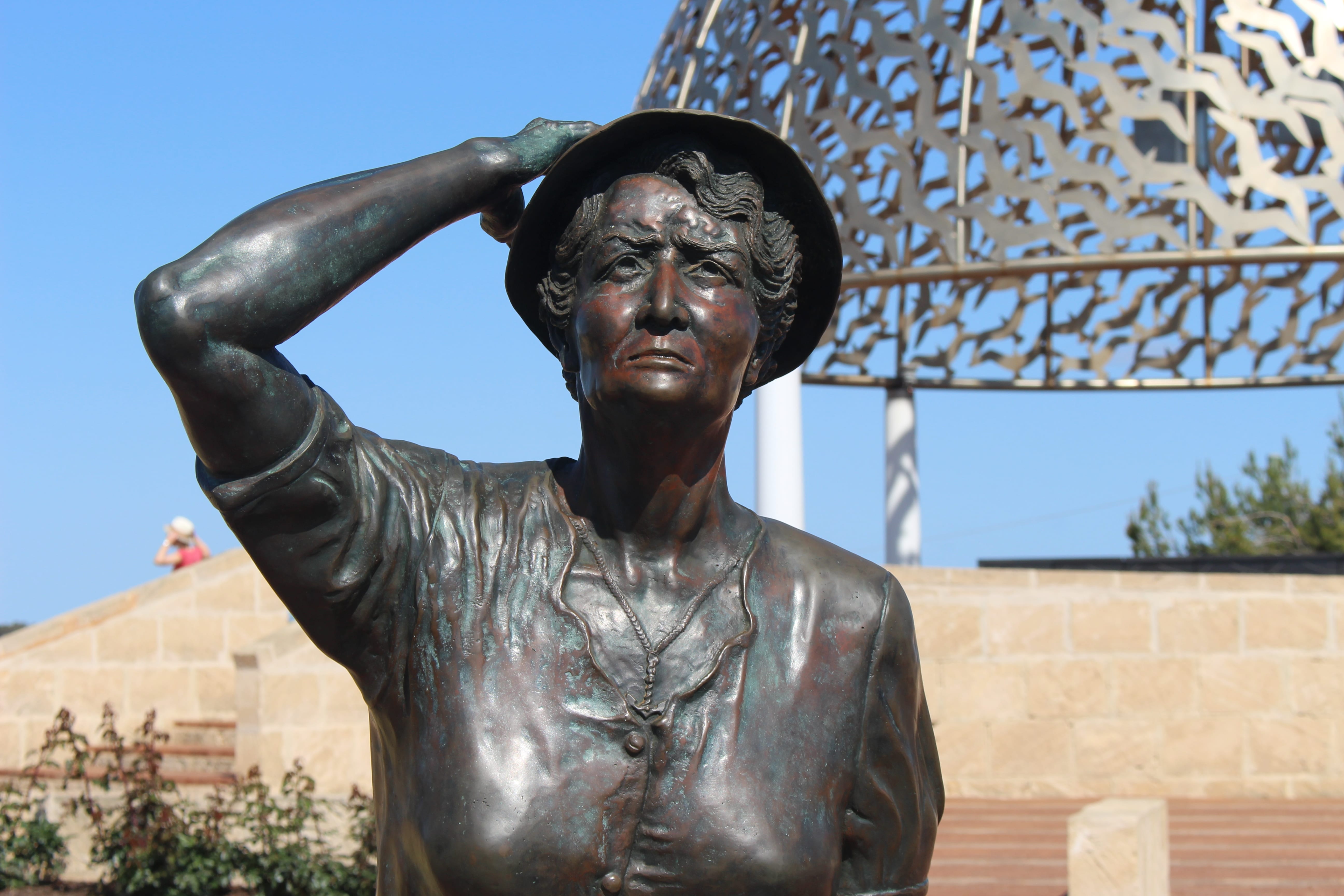 The HMAS Sydney II disaster is one of the most haunting tales of Australian maritime history and probably the closest WW2 came to the shores of WA. A striking and poignant memorial is found on top of Mt. Scott, overlooking the town of Geraldton and the ocean. It’s a must visit attraction in Geraldton. 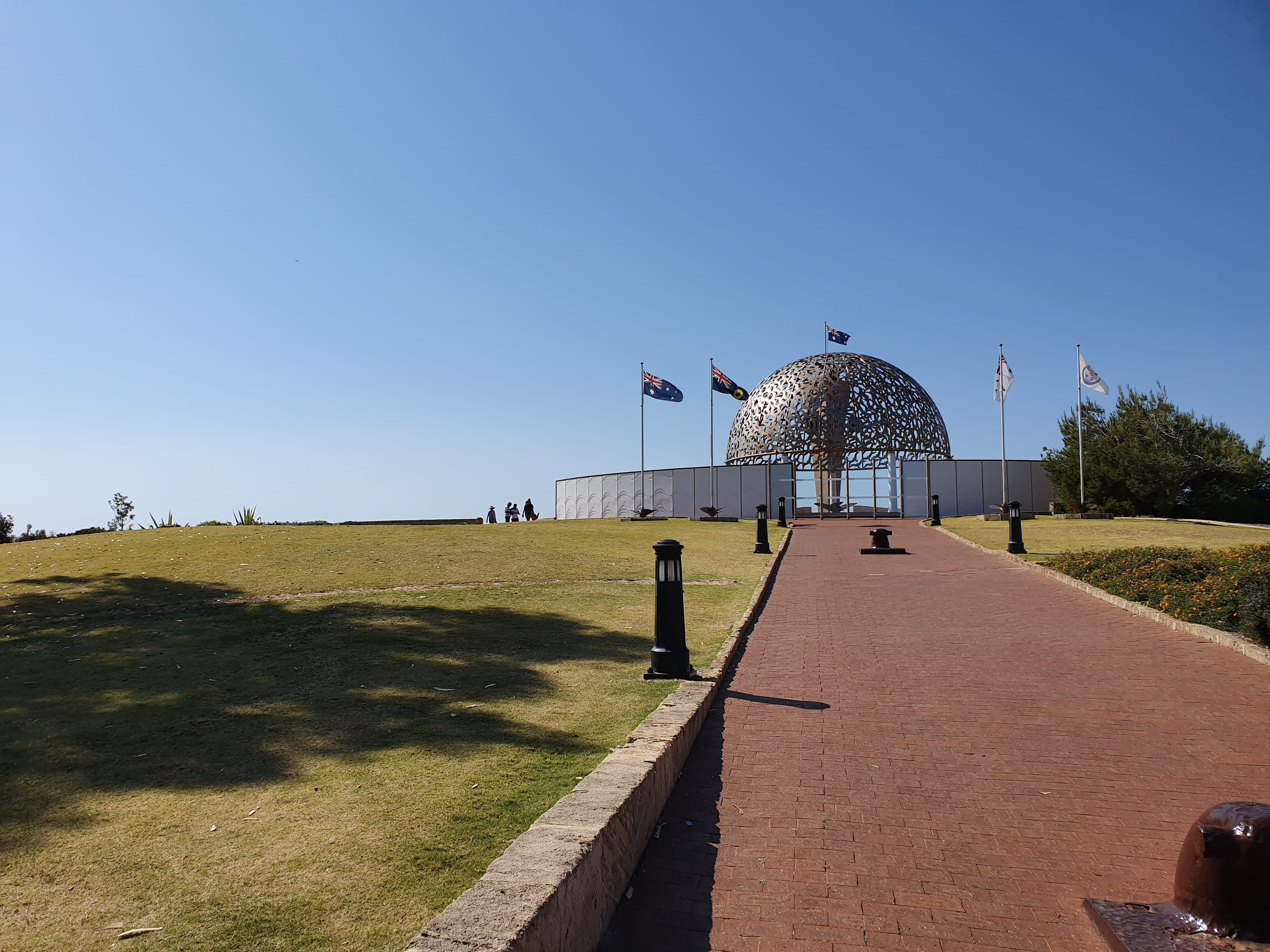 HMS Sydney II was a light cruiser in the Australian navy. The ship was ordered to the Mediterranean Sea from Fremantle, when World War Two broke out. She saw action in Libya, and sank Italian destroyers and other vessels with its guns and torpedoes. After HMAS Sydney II returned to Australia, it escorted many convoys. Geraldton hosted three visits of HMAS Sydney, the last being in 1941. 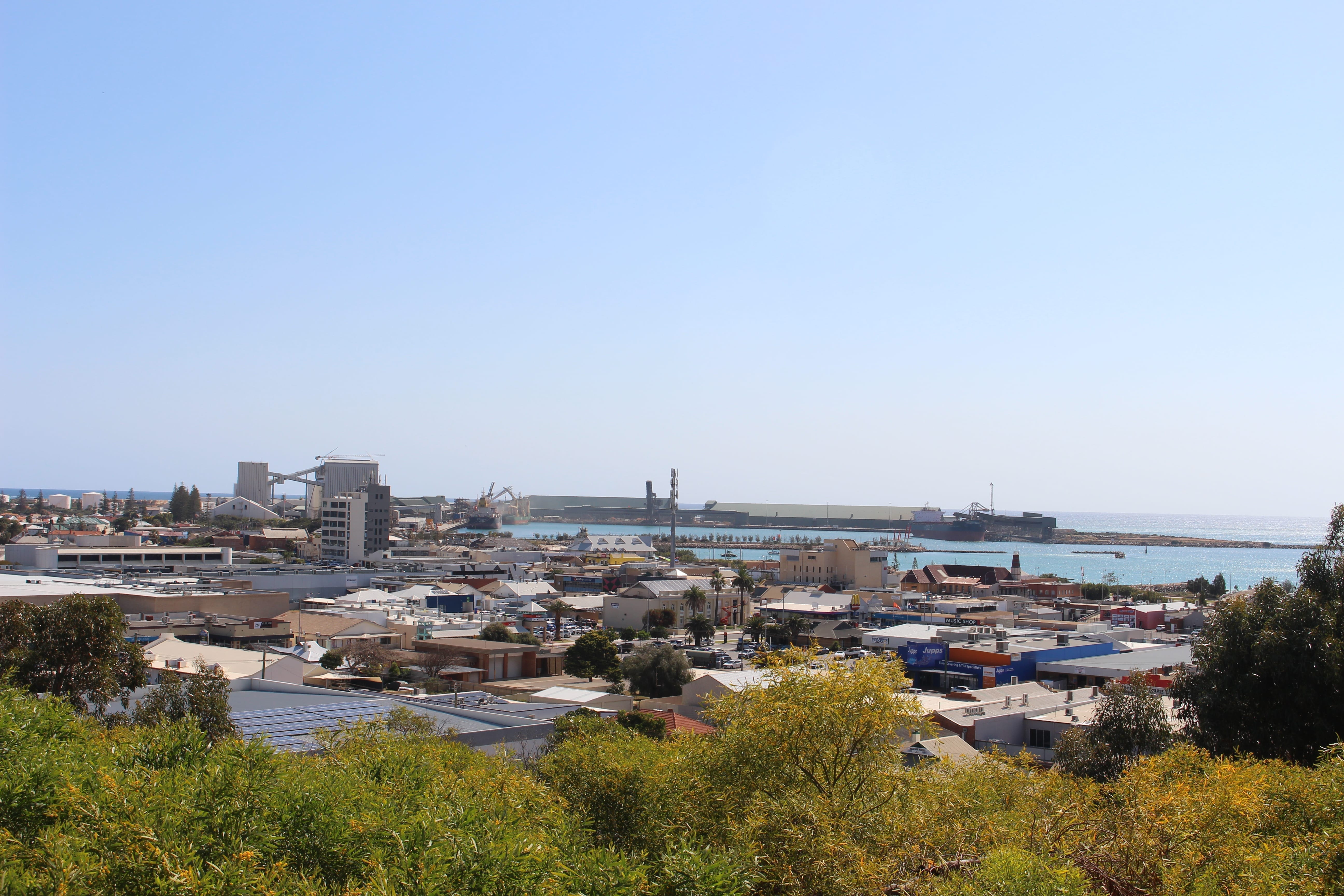 It was in the Indian Ocean, where HMAS Sydney II sank without a trace in 1941, after being bombarded by the Nazi ship Kormoran. All 645 sailors and officers perished. Its war grave is 2500 meters deep, 120 nautical miles off Steep Point, near Shark Bay. It wasn’t until 2008 that the wreck of HMAS Sydney II was finally found. There are five symbolic elements to the memorial:

Dome of Souls is the centrepiece of the memorial. During the dedication of the memorial site in 1998, a flock of sea gulls swooped over the crowd, while the Last Post played. This moment inspired the dome of 644 stainless-steel gulls. The birds symbolise souls of the dead, flying free. In the past, it was believed that the souls of drowned sailors are embodied in sea gulls. 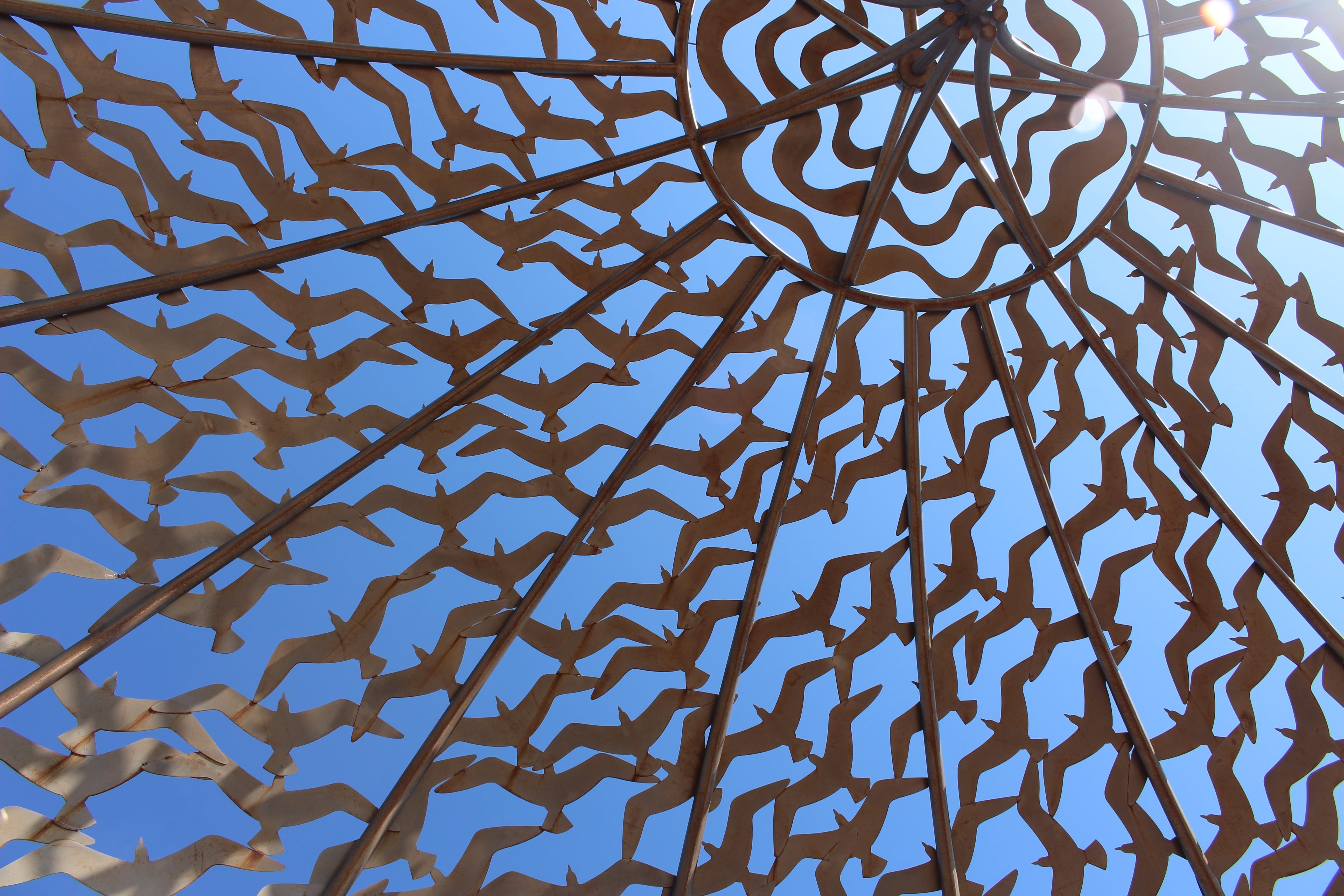 The Waiting Woman is a bronze statue, holding her hat against the sea breeze, and her gaze on the horizon.  The woman is grieving for her loved one, be it a lost father, husband, brother or son. This statue represents all of the people involved directly in the tragedy and the loss that haunted them. 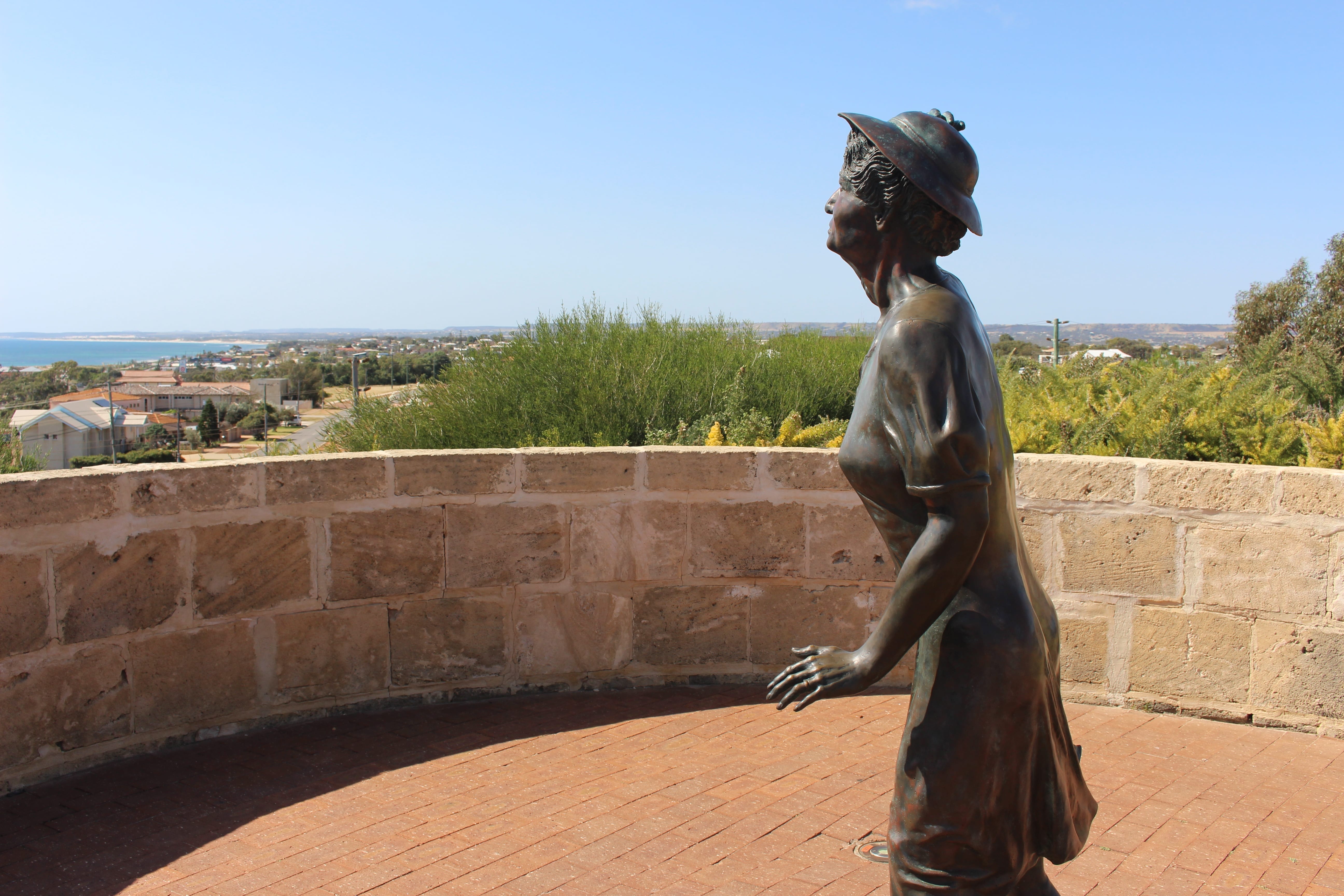 The Wall of Remembrance is constructed in West Australian Black Granite. The semi-circular shape represents the ‘encircling arms of the nation’. The wall is inscribed with the names, rank and home base of the 645 men who lost their lives aboard HMAS Sydney II. There’s also the history of the ship  and actual photographs, are photoengraved into the granite, showing action and everyday scenes of life aboard. 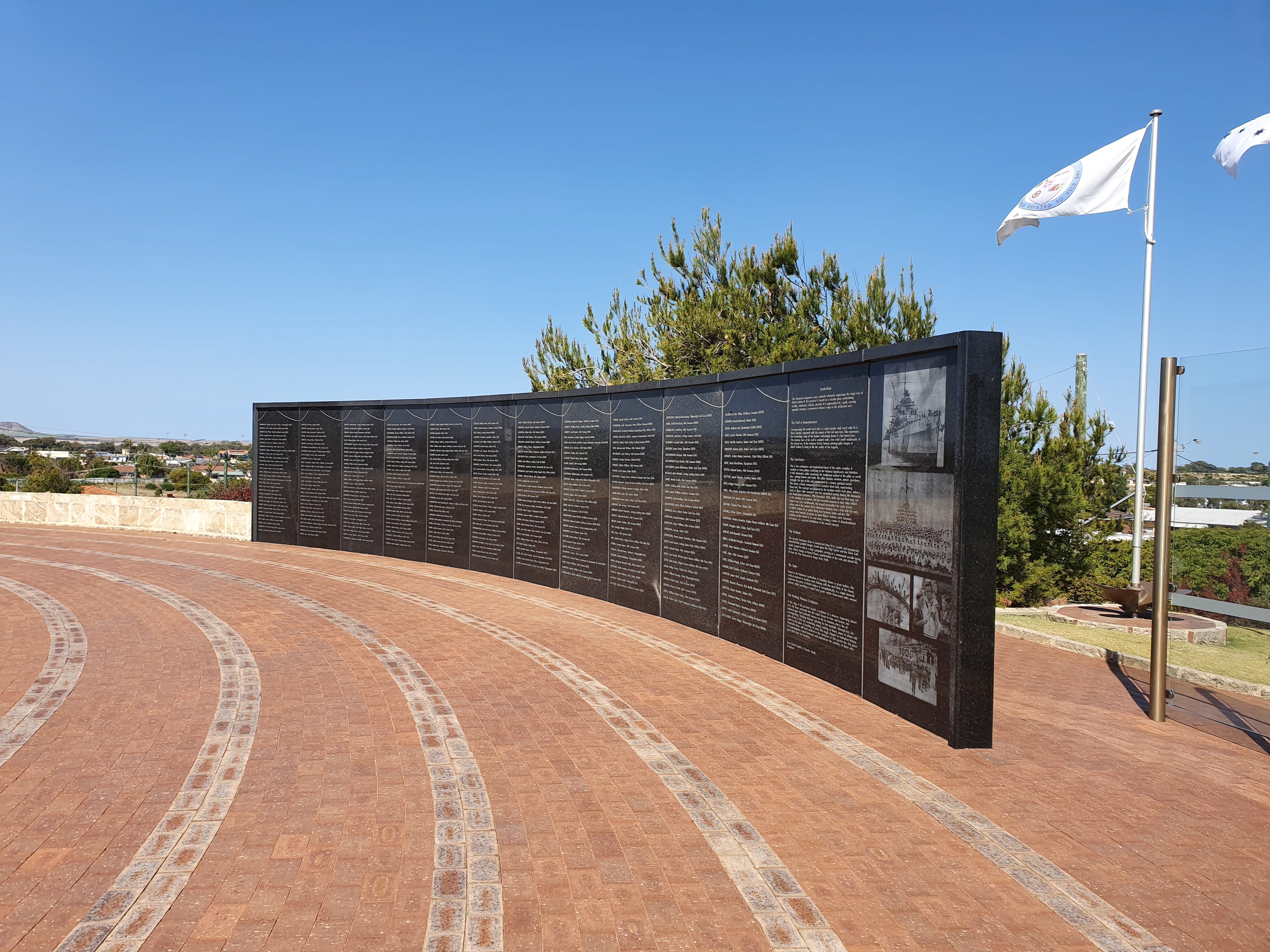 The Stele is based on the “prow” – the pointed front end of HMAS Sydney II. The towering column has water depth markers based upon the actual Sydney markers. 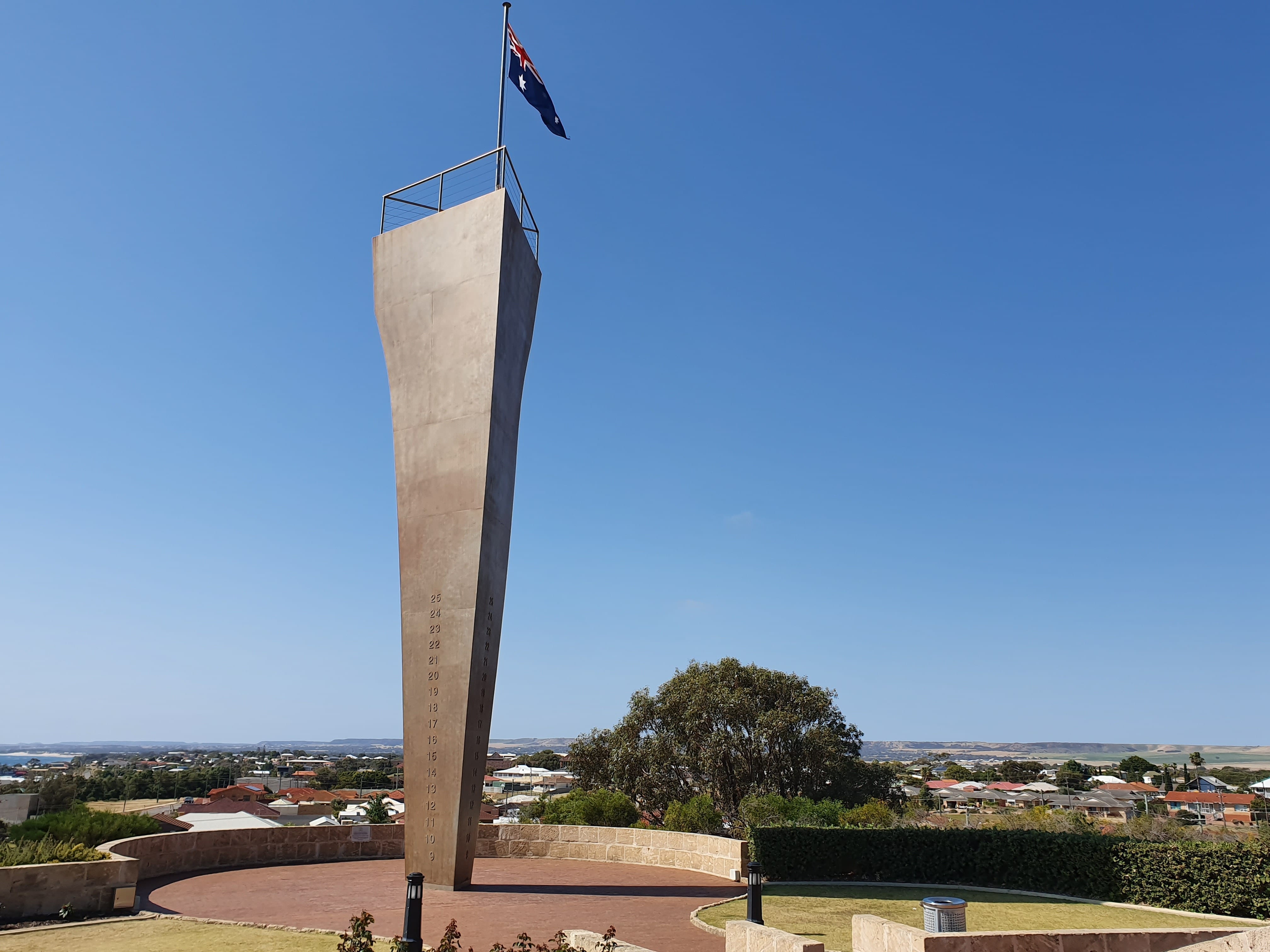 The Pool of Remembrance is a ‘circle within the circle’, which symbolizes the ‘circle of life and death’. This area of contemplation and remembrance was a later addition to the existing memorial precinct. The floor of the pool is a map, showing the location of the last resting place of the HMAS Sydney II. The 645th sea gull stands on the co-ordinates of the wreck site. 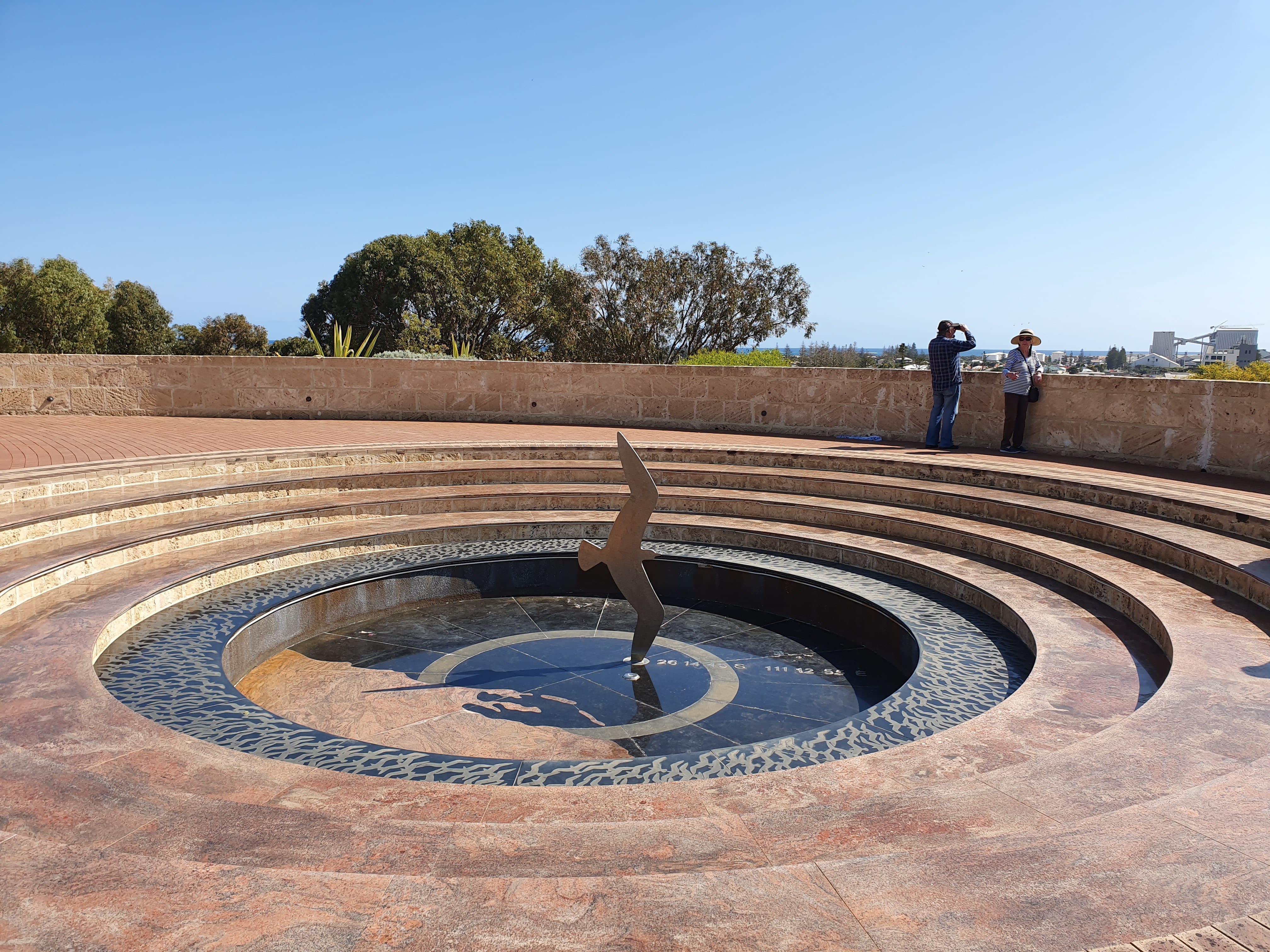 The site is also a worth a visit at sunset, for spectacular views. Lighting creates a reflective atmosphere around the memorial. If you’d like to delve even deeper into the history of HMAS Sydney II, the Geraldton Voluntary Tour Guides Association holds a daily tour of the memorial at 10.30am. 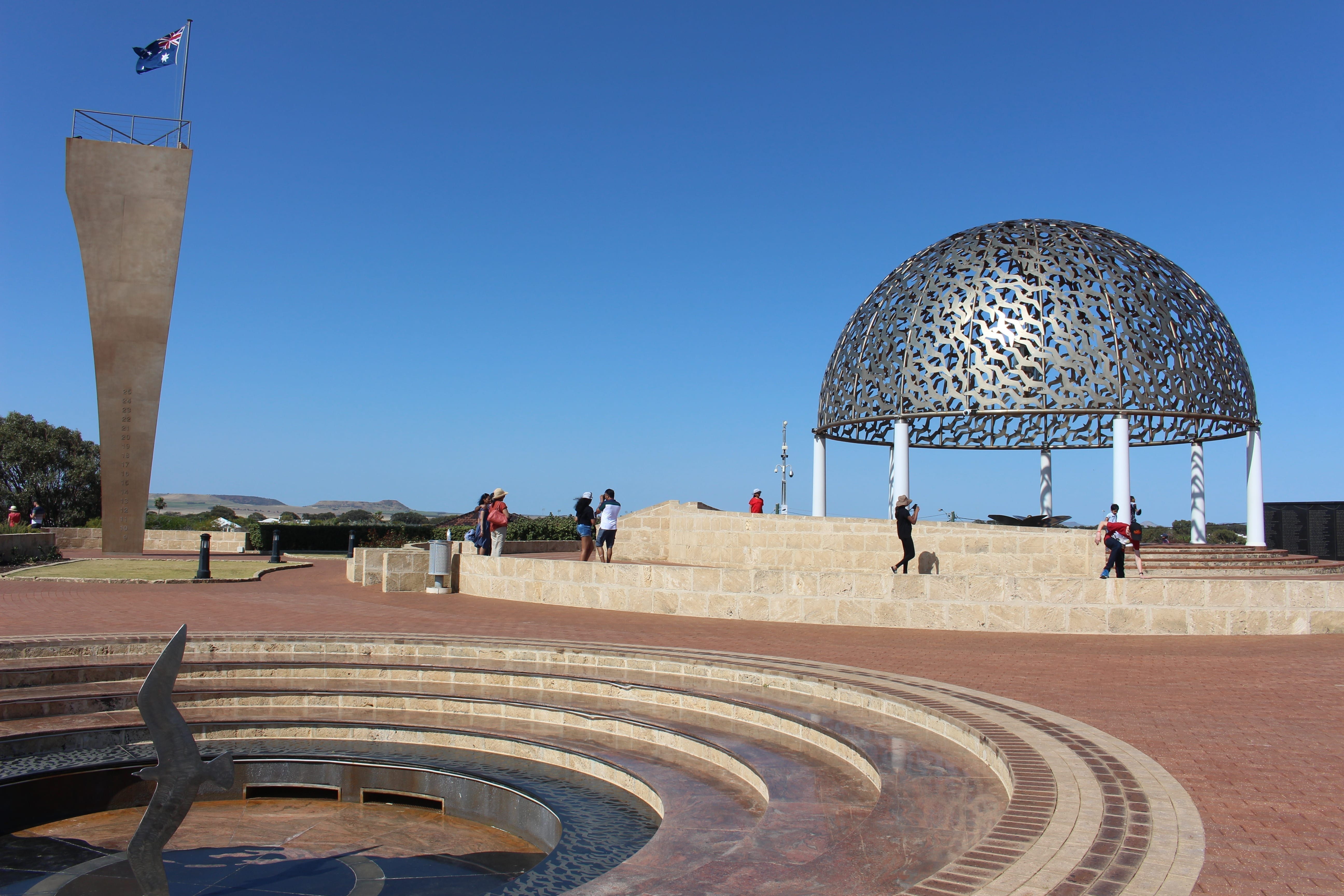 “IN MEMORY OF THE MEN LOST ON HMAS SYDNEY II 19TH NOVEMBER 1941. LEST WE FORGET”

Discover more to see, eat and do in Geraldton here. 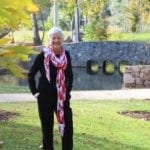 Stella is loving retirement! Besides her loves of gardening, reading and painting, she adores spending time with her family and being out and about in Perth. Living in the Perth Hills, her time is often spent brunching with her husband at one of Kalamunda’s many cafes or enjoying a food platter over a glass of wine at a Bickley Valley winery.